No time has been more mobile or flexible. Never before have we been able to move as quickly and easily between different places, cities, countries and continents or through an infinite virtual world of information about and from all parts of the world. But what does this global movement entail – for life and the art of movement – choreography?

It is no secret that a lot of today’s movement is the result of capitalistic or commercial motives with the intent to generate growth. Like it or not, we are a part of the constant machinery and flow of goods and currencies. Much of the movement is owned and steered by the capitalist order of society in which we as citizens are included.

In combination with the evolution of capitalism, this cycle of mobility contributes to a vast exotifying- and leisure culture. The exploitation that comes hand in hand with this type of traveling gives rise to a parallelconcept of a modern occupation, a sort of updated form colonization. Should we not then ask ourselves what this contemporary mobility entails and what consequences will follow? Are there any alternatives? What movement is possible?

As citizens of Sweden and the EU, therefore included in the Schengen Agreement, we are part of a mobility zone. Encircled by this zone means one never has to worry about one’s geographic mobility. Without any particular formalities, an EU citizen can travel to and stay in all the countries of the EU. Moreover, access to countries outside the EU is also most often permitted, with possible limitations on length of stay.

The fact that borders are being redefined, moved or encompass a greater geographic area does not mean that they no longer exist or should not be challenged.

People who are not part of the mobility zone are subject to tougher restrictions both inside and outside the EU. National boundaries make their presence felt both when leaving the homeland and when entering another country. In certain cases there are also virtual controls that limit the flow of information and communication, steering both self-image and view of the world.

Even an authorized visit to a mobility zone does not entail the same freedom as for those who fully belong. Every new country visited involves providing a contact address and contact person, proof of employment and how much money the person has with him or her, etc.

Freedom and unlimited choices, freedom of press, freedom of speech and equality are things that most people want and which should be a given in a modern, progressive society. Fleeing from dictatorships, war and injustice (as well as from democracies in which a fair trial cannot be guaranteed) to survive and maintain political or ideological beliefs thus becomes a logical consequence.

In a time when we in the free movement zone are inundated and practically paralyzed by the amount of information and choices available, others move in grey zones, balancing on the border between countries and social structures. Finding oneself in a constant state of traveling (both voluntary and involuntary) never stops being controversial, and being ‘classified’ as a traveling person and furthermore being registered as one is as unlawful as it is unfavorable.

On the art scene, particularly within dance and choreography, one’s artistry is both encouraged and subsumed in a constant state of motion steered by funding policies, co-production, international residencies, exhibitions, performances and festivals. It is almost impossible to live on one’s art without also being a co-actor in a flexibility game with an international game plan and strategy. At first glance, it may seem like a glamorous life full of touring but is more often than not economically imposed rather than chosen. Being in a constant state of motion also complicates working artistically with movement itself (or being able to create a grounded production at all), generating rootlessness and confusion rather than modification. The internationalized market also gives more power to institutions, which ultimately translates into limited artistic freedom, neither putting the art nor the artist infocus.

For some time, special grants have been awarded to exchange projects with countries that, from different political perspectives, are considered to be in need of artistic exchanges with practitioners from more ”modern” countries. This promotes a sort of cultural aid work (although the artistic exchange usually takes place on equal terms even though the intention was another from an aid policy perspective) – a conscious or unconscious imperialism. Nonetheless, the financial aid that international collaboration generates for foreign participants and partners cannot be belittled. Cooperation may also facilitate entrance to greater (although illusory) freedom and mobility, for a limited time.

But why reward artistic projects of a nomadic structure and an itinerant way of life for artists when others are forced into or ”rescued” from a traveling way of life? And why, especially in an era of mobility, is itinerant considered a term of abuse?

A presumptive answer might be that rootless traveling, in the general sense, weakens a person’s position in the overall social structure. Being in between (countries, public authorities,etc.,) on the one hand, as a nomad, is unfavorable from a government point of view since it complicates the control of these citizens. They are not considered to be contributing members of society in line with the prevailing norms, like how refugees are largely viewed as a burden on society before they become fully integrated and contribute to the system.

On the other hand, as an artist, a weakened social position is instead somewhat ”favorable” (from the perspective of the state) as art potentially has a critical approach to social structures and current political issues, with the power to shape public opinion.

In the commercialism of today’s market economy, artistic activity is moreover regarded as a losing game financially. An artist in perpetual motion between places and contexts without being able to establish him or herself means less opportunity for both political and artistic organization – a contraceptive method that indirectly ”disarms” and censors the political and social influence and importance of art, making it more difficult for the artistry to survive.

Culture both maintains and anchors our traditions, already established norms and agreed values. The function of art is to see, understand and propose something beyond known principles and limitations – to provide a different perspective on the patterns we establish and follow.

But what does working with and questioning mobility and borders entail today?

Choreography, the art of movement, is historically rootless and repositionable by definition. Choreography is movement, displacement, in space and time. In many aspects, its adaptability has been a disadvantage, weakening the art form. But hypothetically there is no better time for choreography to act than in the present.

If we take a look at movement, the mobility of our time and world from a choreographic perspective – are there methods that can help us to manage or understand the free and unfree movement of today and how it could be reorganized?

Perhaps taking such a perspective might open up the door to looking into what kind of art and society the current mobility generates. What impact it has on the world around us, the environment and fellow human beings as well as what absolute borderless freedom of movement would entail. Choreography as an art form, with its in-depth insight, could lead and insist on the discourse, generate practical proposals in a deliberately changing process that would benefit one’s own artistry, the art form and contribute to alternative mobility strategies on a global basis.

Even if the freedom of movement should be a given for everyone, which is far from reality, art and artists have never allowed themselves tobe limited by conventional restrictions, be they political, economic or physical. But the grass is often only greener on the other side for those in need of a place of refuge.

Those of us who find ourselves in the midst of what we today call freedom of movement should therefore reflect over what mobility does to us and what it could do for someone else. Indeed, where we take our refuge and why is also important to consider, as is what the opportunity for mobility and actual movement over borders entails. The same goes for the battles we fight, where our movements can generate the most change, and how we can reorganize movement, from where we stand. 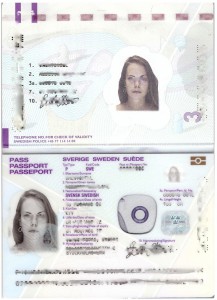 The article has been developed with support by ke∂ja Writing Movement.